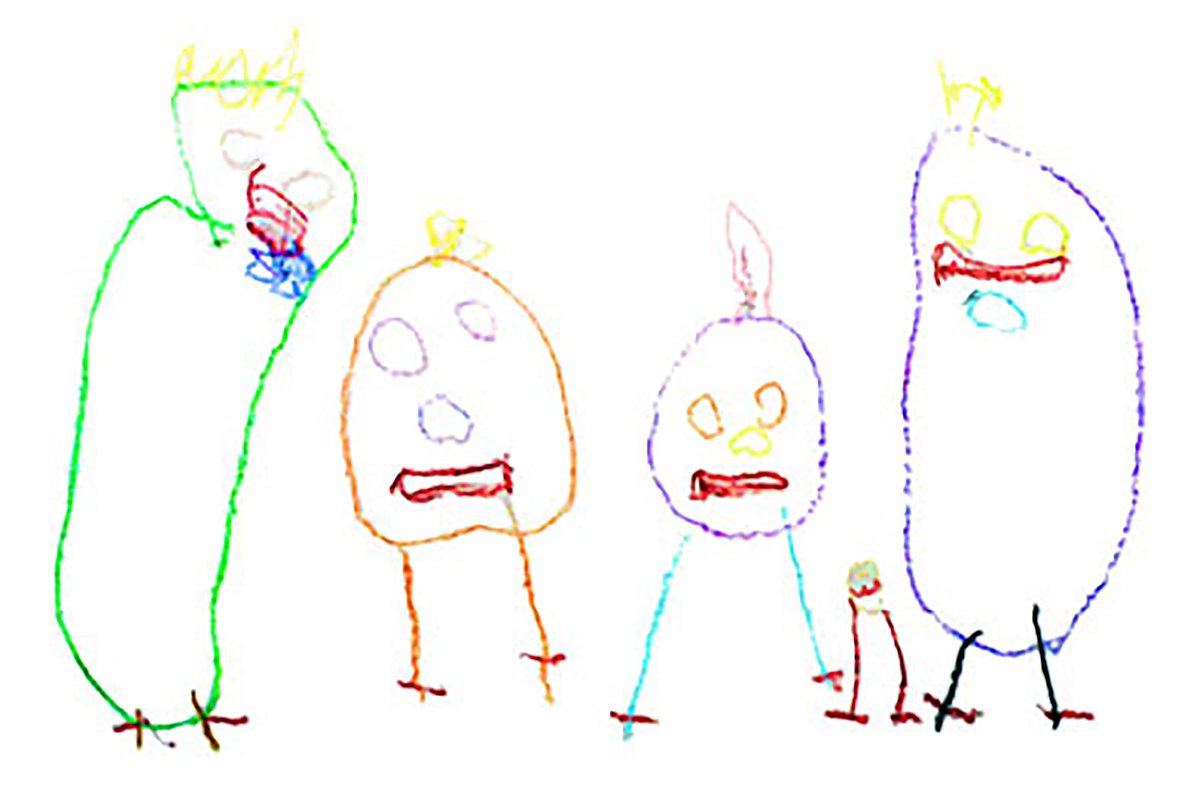 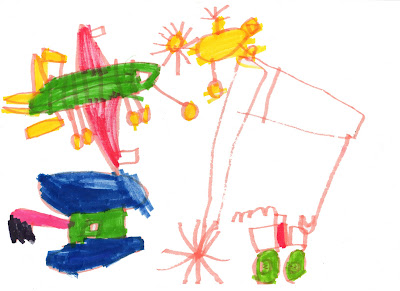 Children’s drawings, doodles and sketches have been the subject of study now for over a hundred years, and new theories and ideas about what they mean, how they develop, and how they can be used both educationally and therapeutically, are arising all the time. This week, I’m going to look at whether children’s drawings, especially younger children, can give any psychological insights into their character and thinking.  There is a school of thought that believes that children’s scribbles and doodles are in fact deeply revealing of intelligence, personality and emotional state, in the same way graphologists believe that handwriting is for adults.  Analysts will look at how the drawing sits on the page, the character of the mark making (for example whether it is bold or light) the colours used, and whether or not it fills the page. 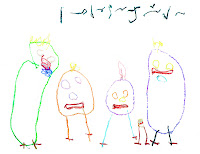 There are, perhaps unsurprisingly, perceived to be some differences between how and what girls and boys will draw.  For example, the theory is that over the age of about 4 or 5, rounded shapes will usually be doodled by girls (including flowers, hearts etc.) while angles, boxes, straighter lines etc. are more characteristic of boys, along with typical subject matter of methods of transport.  There is a tendency also in general terms for children to prefer to draw their own gender.  Apparently there is some evidence for girls’ preferences for horizontal baselines and symmetrical compositions, and some researchers have reported that girls tend to use more colours per drawing than boys do, with a preference for warmer colours (i.e. pink) and that boys demonstrate a preference towards cooler colours (i.e. blue).

The choice of colour apparently can be significant.  Black and purple suggest dominance, (black in particular often being associated with negative feelings) and can be favoured by a child who is relatively demanding.  Blue is popular with children who have a caring nature and enjoy company.  Red is the colour of excitement, may be used especially by children to don’t want to miss out on anything, and is one of the most popular colours for children to use. Pink shows a need for love and appreciation and is favoured by girls, and green is the colour of those who like to be different, like space, and are artistic and intelligent.  Yellow also demonstrates intelligence and a sunny nature.  Early research seemed to suggest that younger children preferred the warm colours, while older children preferred the cooler colours.

When it comes to how a drawing is positioned on the page, apparently the left side of the page is traditionally associated with the past and with nurturing.  It is also associated with mothers.  The right side relates to an interest in the future, and a need to communicate.  This side is associated with fathers.  A child who places a drawing of a good size, prominently on the page is considered to be well-balanced and secure, while in contrast, small figures drawn at or near the lower edge of the paper or in a corner, express feelings of inadequacy or insecurity.

Detailed, careful drawings may reveal a child who feels the needs to try very hard.  Bold strokes, especially if close together, can be a sign of stress, strong feelings, determination or anger, while softer marks suggest a gentler nature.  The quality of line can also be significant – a figure drawn with light, wavering, broken lines, reveals a hesitant, insecure child who appears to think as he goes along.  By contrast the bold, continual, freely drawn line is expressive of self-confidence, and a feeling of security,  This child is carying out what has already been clearly visualised.

When drawing figures, the size, and the relative size of the figures drawn is considered to be significant, with more important or dominant figures being drawn larger.  The absence of arms is sometimes interpreted as indicating timidity, a sign of non-agressive children, whereas exaggerating the size of the hands is seen as symbolic of aggressive tendencies if the figure is a self-portrait.  Likewise, tiny feet are seen as a sign of insecurity – literally an unstable foundation.

After having read all this, I have to say I was not too convinced. That’s not to say that I don’t believe that we can learn something about our children’s mood and personality from their drawings, but it all sounded far too formulaic and simplistic.  As with most things, I suspected it was more complex than that.  So I decided to delve into the research a little deeper and I was astonished how much study there has been of children’s drawing.  I learned that in fact the validity of drawing tests as psychological measures (rather like that of handwriting analysis) continues to be called into question, and is not really consistently backed up with reliable research.  Most experts condemn the evidence of children’s drawings in isolation to identify specific character traits or problems.  The suggestion was that identifying what children draw, and the themes within them, may be more significant in understanding a child, rather than how they draw it, and that verbal input from the child is essential in understanding both the content of his or her drawing and the meaning he or she wishes to convey, especially if that content is unrecognisable to an adult.  The research generally suggested that analysing children’s drawings  according to a specific drawing feature (e.g. size of figures), was fraught with difficulties, as too many factors can come into play to influence it, and besides, different researchers attributed different interpretations to the same features.  Also, one of the most difficult things about understanding the emotional content of children’s drawings, is recognising that our own emotions as adults can get in the way without us even realising it.

All children have their own ‘style’ and their preferred subjects, and any individual child will produce artwork which is distinctively theirs, but when it comes to interpretation there seems to be broad agreement that a child’s drawing will be more reflective of their mood at that particular moment, than of a wider personality trait.   As parents, I think we are generally well aware of our children’s personality traits and do not really need drawings to inform us – what can be interesting is occasionally to see that reflected in their drawing, though I suppose if there was an issue in their life which we weren’t aware of, which was manifesting itself in their artwork, it would be good to be able to recognise that!

Consideration also has to be given to the age of the child – children’s  artwork is of course influenced by this.  Younger children have less motor control than older children, and it will of course affect the quality of line, shape and organisation that they use.  They have a relatively limited visual vocabulary.

When it comes to use of colour also, studies have shown that perhaps unsurprisingly there is a correlation between art education and culture in children’s use of colour, which suggests some caution should be exercised in drawing conclusions about a child’s personality and emotional state from their use of colour.  This too can also be influenced by age, and where detail is important to a child, colour may be subordinated.

I had thought when I first started researching this piece, that I would be able to present my readers with a fascinating, revealing and insightful piece on interpreting their child’s artwork.  However I have learned that like most things in life, it is not so simple as that!

If you want to investigate further, I found Google Books invaluable for allowing me to dip into the published work available on the subject.  Some of the more recent books are listed below:

Draw Me a Picture: The Meaning of Children’s Drawings and Play from the Perspective of the Analytical Psychology

Other reading:
I was originally inspired to write this post after reading the following:
Download a Doodle 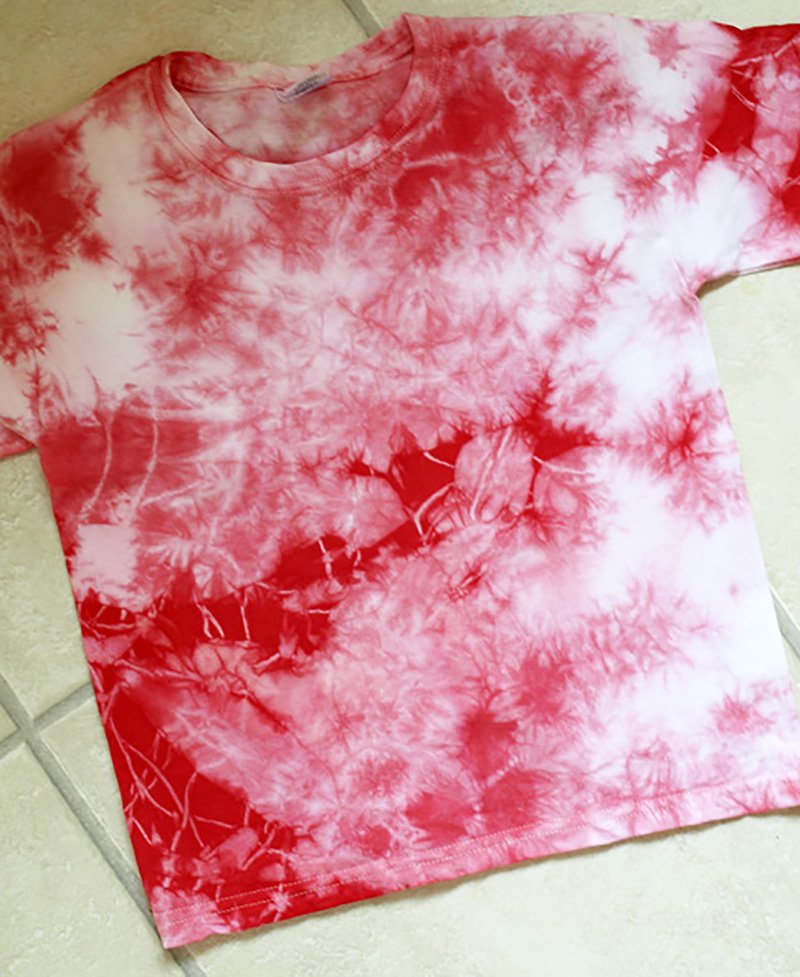 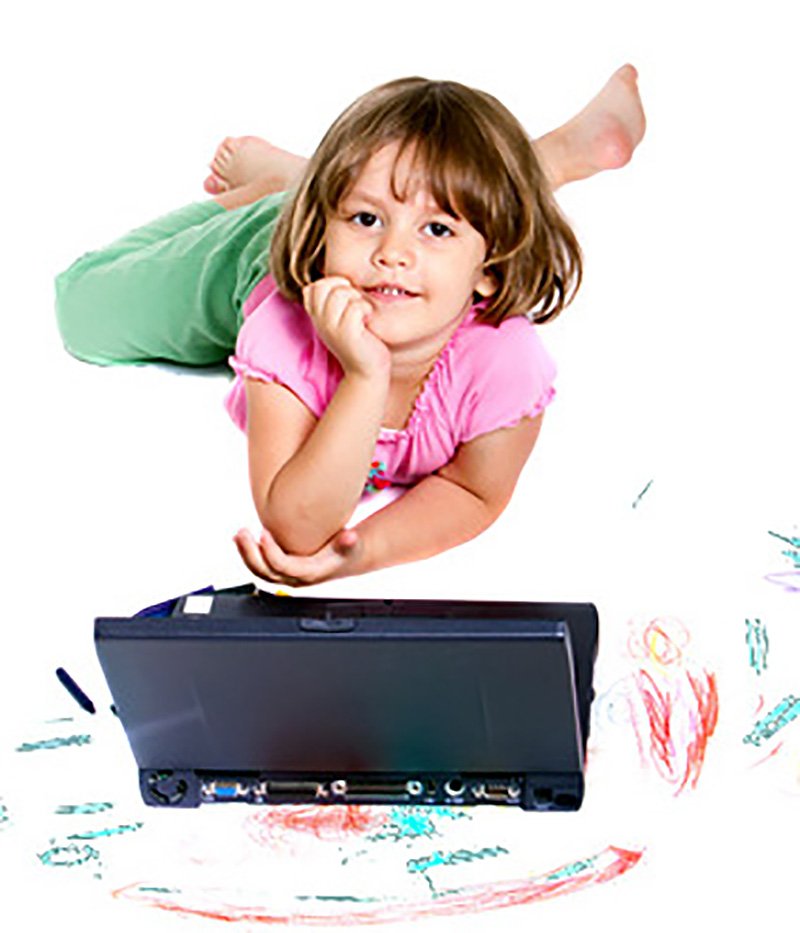 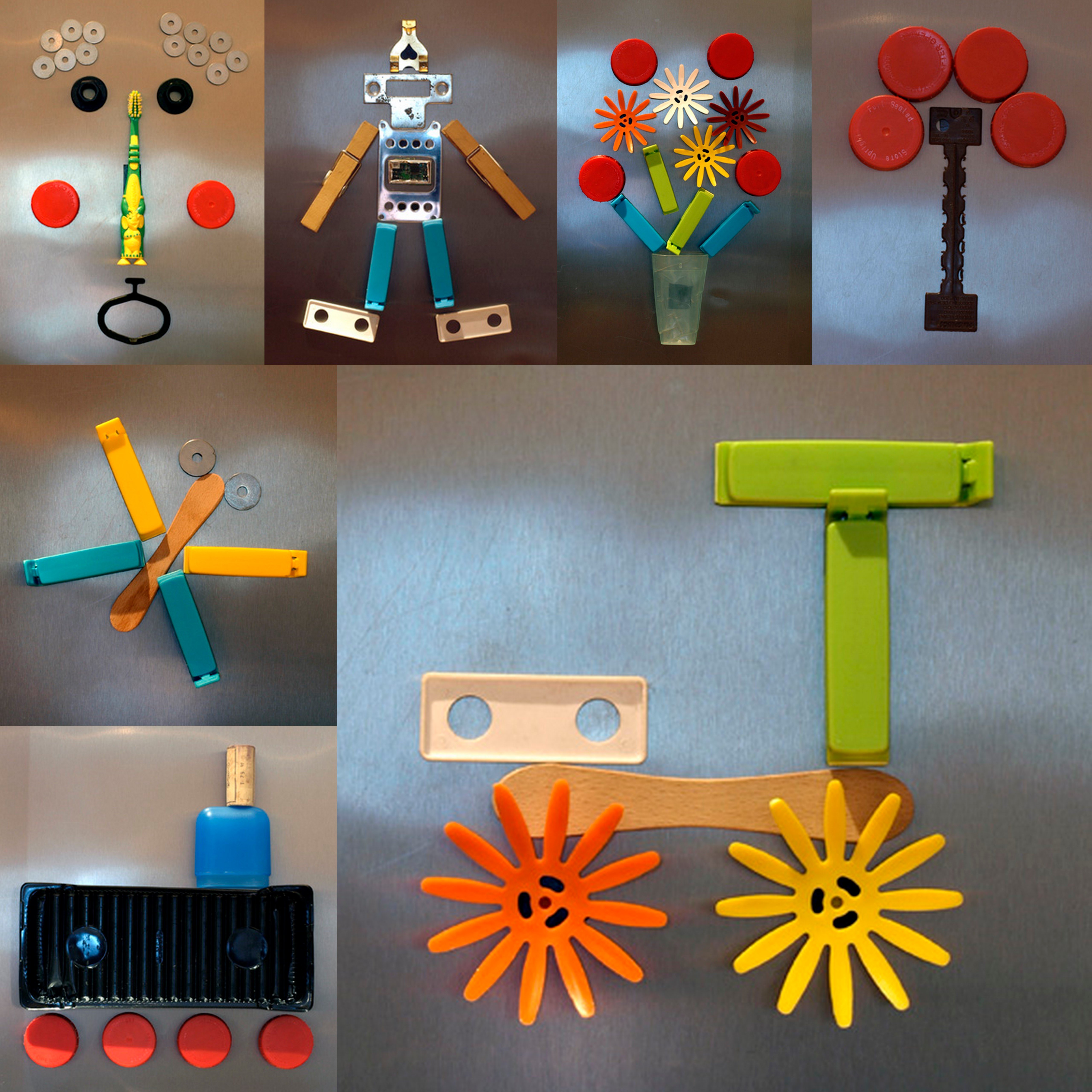