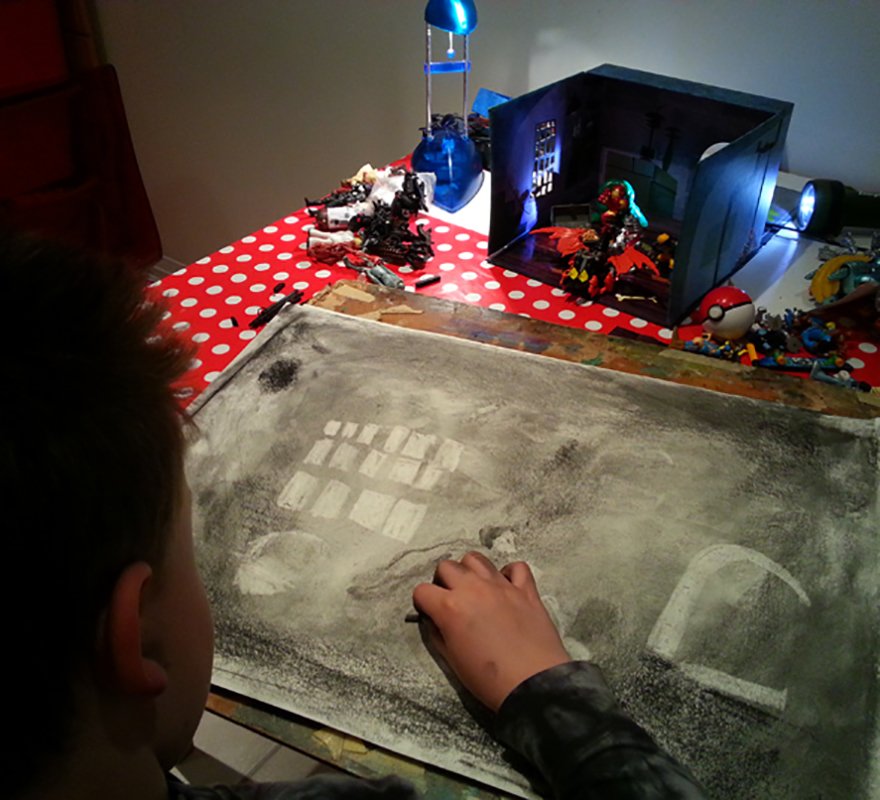 Charcoal is my all time favourite medium for drawing –  I love the speed and spontaneity of the medium. However there is no doubt that it’s not something used a great deal with young children. This is probably because it can be incredibly messy to use (though washable), and young children could easily end up covered in it – not to mention everything else in the vicinity if you’re not too careful. I think this is a shame though, so I decided to bite the bullet and introduce my younger son to the medium. I would have involved the elder too if he had been willing, but though he took an interest in what we were doing, ultimately I failed to prise him away from the computer!

‘ by Paula Briggs (full review next time), and of the many projects which it contain, this one especially appealed to me.

The idea was to set up a tableau or scene of some sort, light it by torchlight, and draw the scene with charcoal

– also by torchlight – the lack of light not being such an issue when you are not using colour. I felt that this was an exciting activity for kids, and offered lots of learning potential as well as entertainment. As a medium charcoal is relatively inexpensive, flexible in the way you can use it and comes available in different thicknesses and lengths. A pack of mixed sizes is probably the most useful to start off with.

The first job was to set up the tableau. For this we used a stop motion animation kit

which my elder son had received for Christmas, which comes with some ready made backdrops – perfect. A root around the toyboxes revealed lots of figures and props to use in the scene, which my son then arranged to his satisfaction. We then experimented with a torch and a lamp to find the most dramatic way of lighting the scene. Painting with light in this way of course has lots to teach children about how lighting can change a scene and its mood. All of which is very relevant for TV, film, theatre and photography as well as painting, but which probably doesn’t get thought about a great deal. 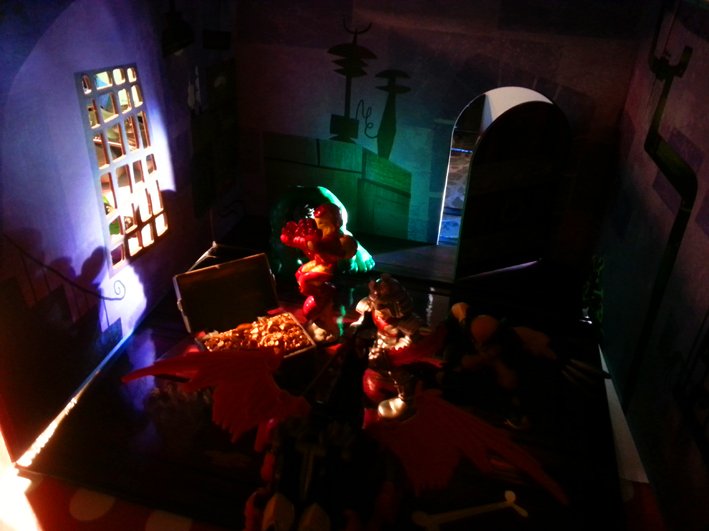 The next challenge was to try to draw or interpret the scene on paper with the charcoal. I don’t normally try to ‘teach’ my children art, preferring not to interfere and let to let them get on with it themselves. However for this activity I wanted to encourage the observation of light, shade and tonal values, and to place the emphasis on a broader appreciation of this rather than upon line or detail. Charcoal is perfect for encouraging large drawings as it is difficult to achieve any level of detail. Also I find that my boys have got to the sort of age now where they are more self-conscious about their art – losing the wonderful spontaneity that very young children have, so they tend to appreciate a certain amount of practical tuition now.

So to begin with I showed him how to put down a mid-toned ground by covering a large sheet of paper with a layer of charcoal using the side of the stick with light pressure to cover as large an area as possible. I then showed him how to blur and soften the effect by rubbing it with his fingers.

With the mid-toned ground in place, I showed him how he could then remove small areas with an eraser to create highlights. In this way he was able to create the light coming in from the window, and through the door. At first he had wanted to ‘draw’ these in, but I explained to him that what the light represented was an absence of tone – that is a lighter area, not a darker one. This required a different way of thinking for him – that sometimes you don’t have to add something to get the effect you want to achieve – you can remove something instead.

I then asked him to observe where the darkest shadows were, and to add those in by pressing harder on the charcoal. At this point he might have chosen to add in some more detail too, but he preferred to leave the drawing as it is – as an atmospheric impression of the scene rather than a detailed rendition. 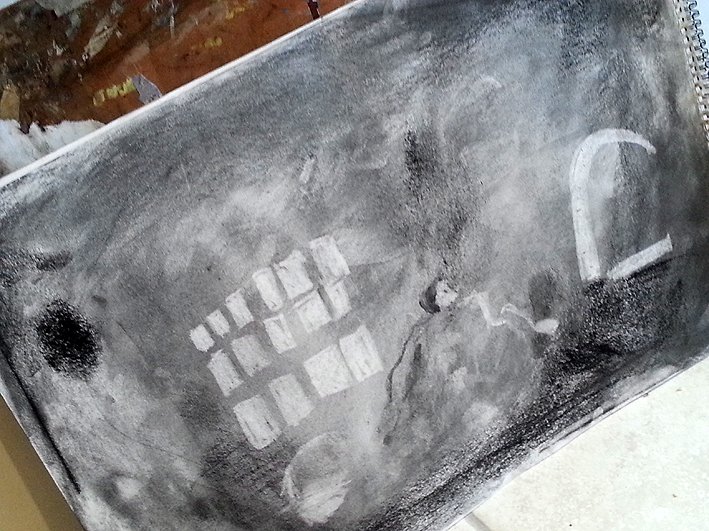 To finish and ‘fix’ the drawing so that the dust wouldn’t rub off, I gave it a light spray with some cheap unscented hairspray (considerably cheaper that the purpose bought fixative and still pretty effective).

I was very pleased with the way this session went as I felt he learned something new from it, and it has also inspired me to get out the charcoal and start drawing again myself!

If you wanted to set this activity into an art historical context it would I think be appropriate to compare this kind of artwork with the dramatically lit paintings of Caravaggio, or the delicate chiaroscuro of Leonardo, or even to look at the imaginary prison interiors of Piranesi’s printmaking with their dramatic use of light and dark. The latter is not one of the most famous artists, but has always been one of my favourites…. This article contains some affiliate links. 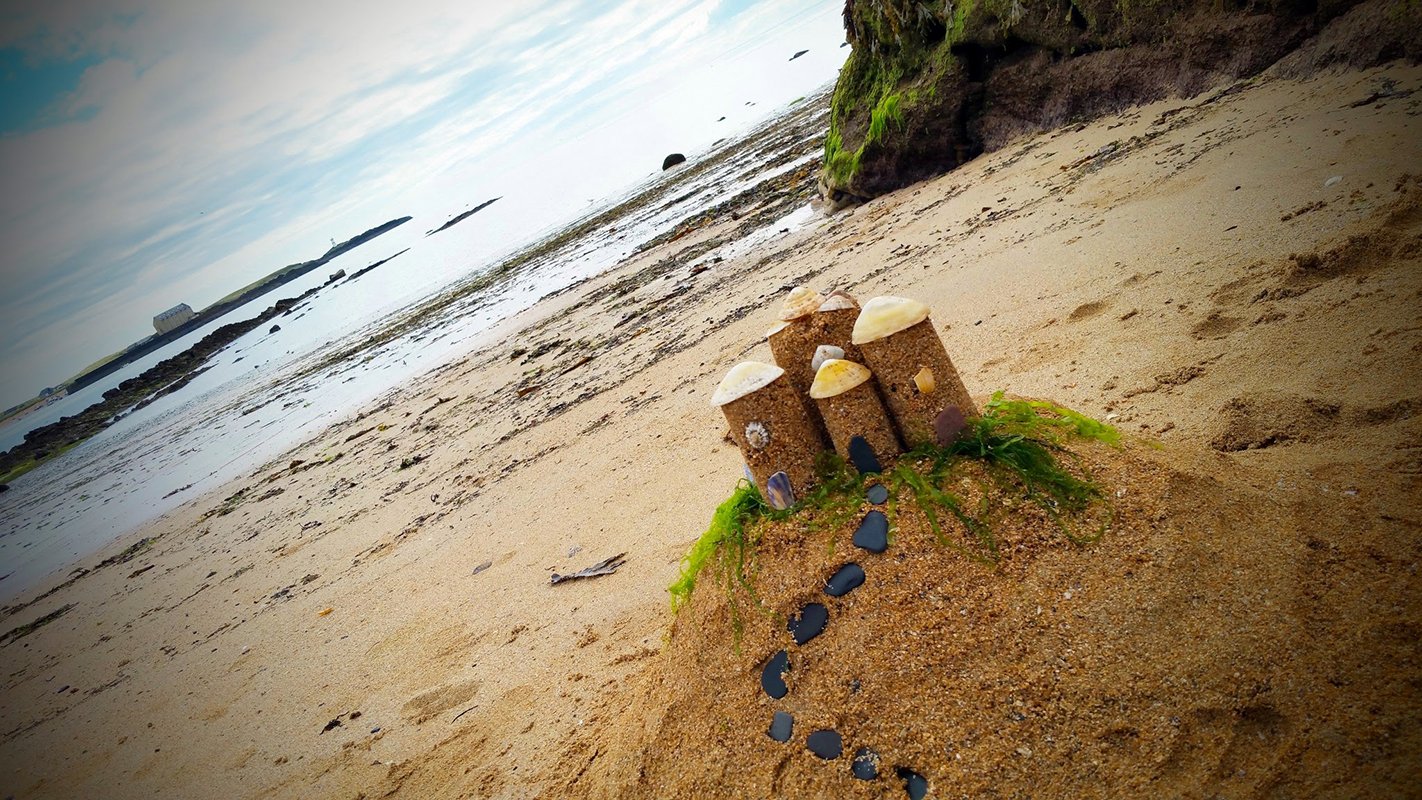 Creating Fairy Homes at the Beach 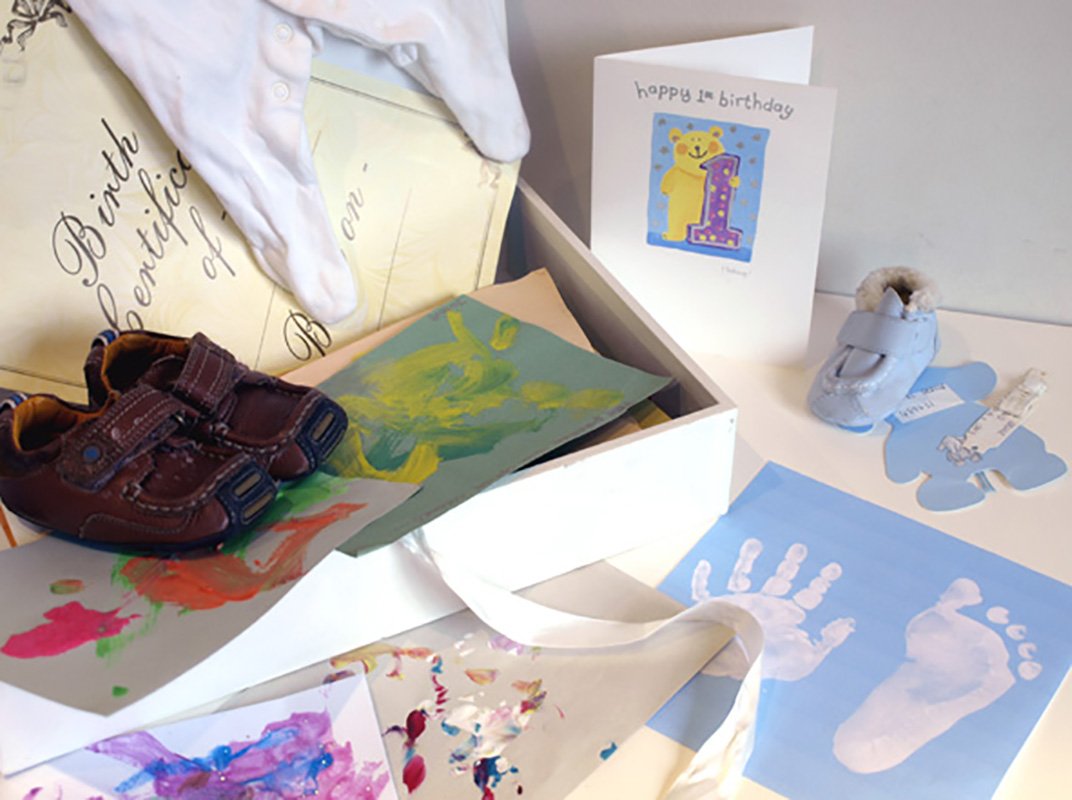 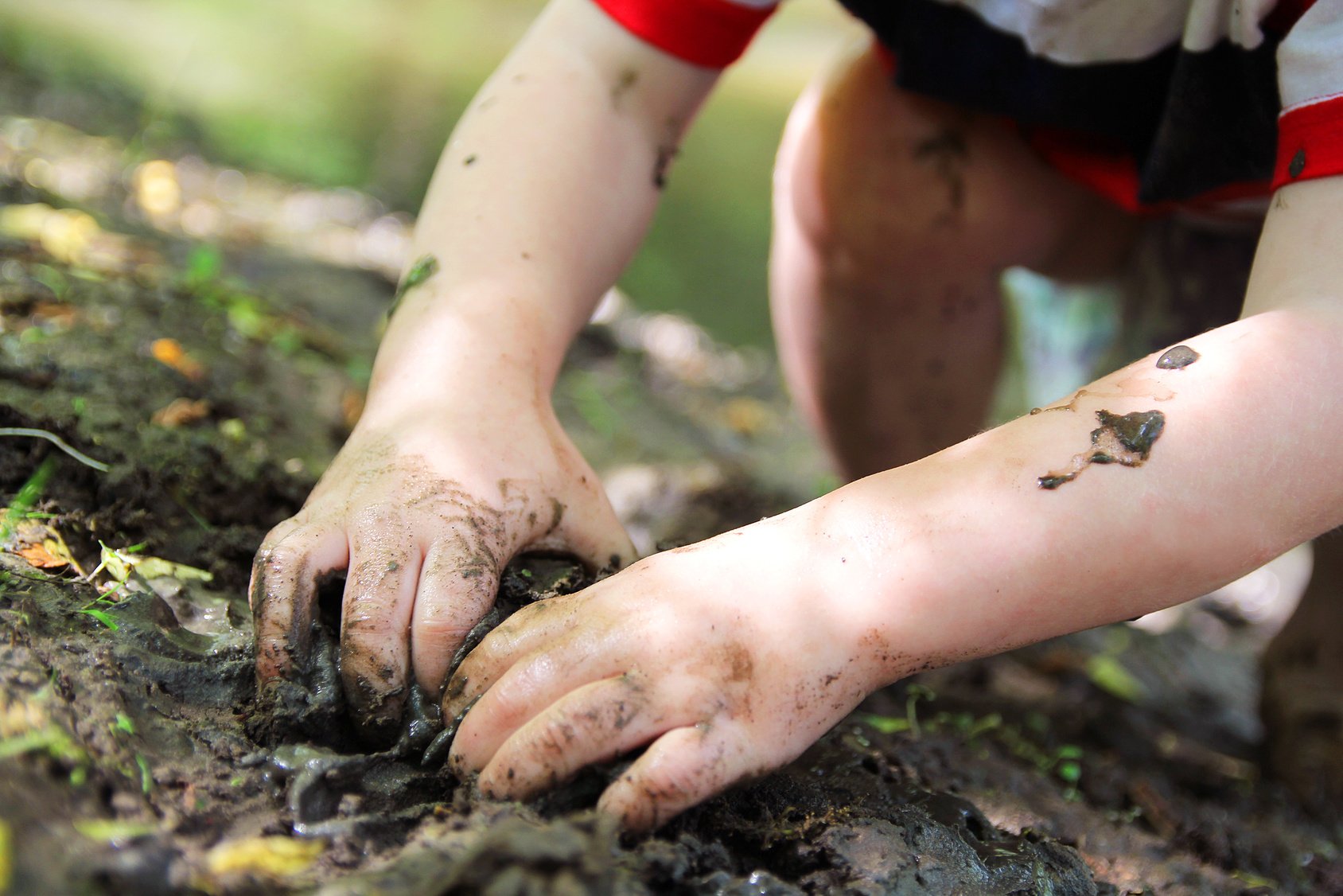